French restaurant and three attached businesses burned down in the early morning in Umalas / North Kuta. 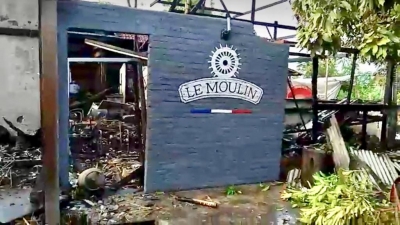 15/01/2019, 5.30 AM,  Le Moulin Restaurant located on Jalan Umalas 1, North Kuta,only opened 4 monhts ago was completely distroyed and  most of the 3 nearby shops have been severely dammaged by the fire.

The cause is still unknow of the fires started in the early morning at  Restaurant Moulin owned by a French citizen .

Unfortunatly the strong wind spread the flames inside the restaurant to the wall and headed to the roof of the restaurant made of wood and reeds.
The violently wind spread moded on quikly and burned the other 3 businesses," said Panit 2 Intelkam North Kuta Police.
The other buildings that were burned were Sananta Gallery owned by I Komang Sujendra, Buhari's Sunshade Shop and Banun Art Shop owned by Alwi Assegaf. The predicted loss reaches IDR 800 million.
We are grateful for the loss of life in this incident. The loss is estimated at Rp. 800 million," he said. 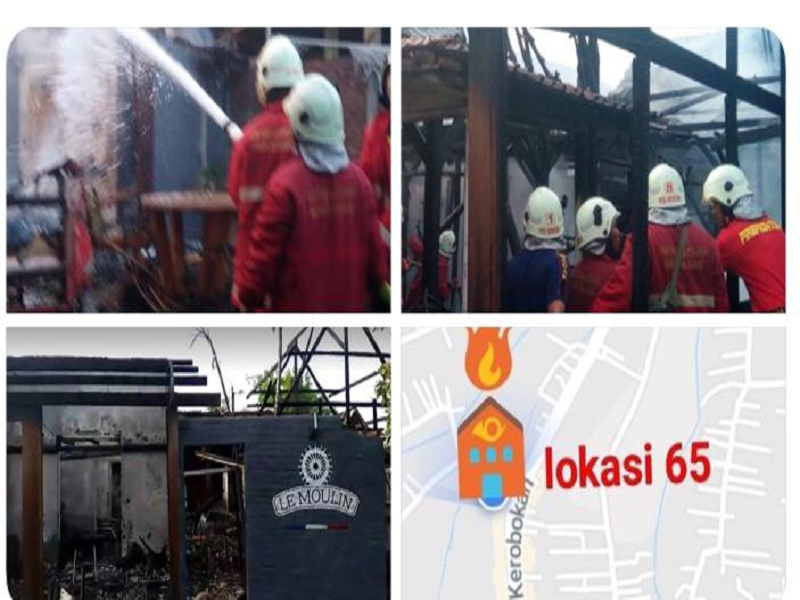 About one hour of fire can be extinguished by deploying around 8 units of BW Damkar Badung Regency.
Asked whether it was true that the cause of the possibility of a fire that happened to the restaurant Le Moulin was caused by a short circuit or electrical surge, his party agreed.
It is this friction that sparked the fire and burned the restaurant building because of the wood and reeds," he concluded.
Source : https://baliberkarya.com
Tagged under: