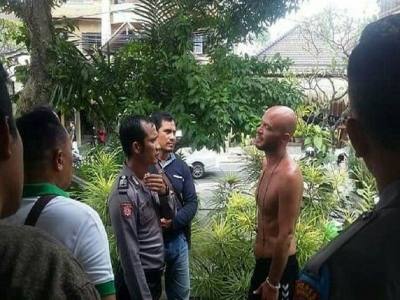 The Danish national  Gleen Berre staying at Ibra Inn Bungalow on the Monkey Forest Highway in Ubud  became Saturday 15.12.2018 at 10 AM

suddenly violent and kicked tables and made treats to the bangalow staff. He also  took off his clothes and started to scream what disturbed alot the local population.

The staff  informed  the police who cam over and  tried  to calm him down.

Unfortunately, the efforts of officers failed and surrouned people present at the scene became nervous .

The police finally decided to arrest him and was taken to the police station for further investigation. 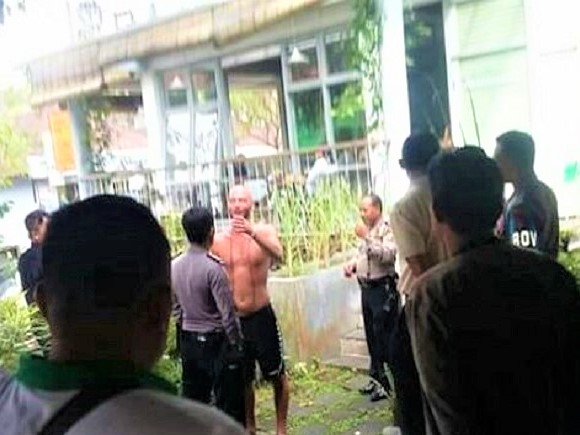 After being secured in the police station, the Ubud police chief, Kompol Made Raka Sugita  said that from the results of the investigation, it turned out that Gleen was allegedly frustrated and  depressed.  Caused by family issues with his parents because the money sent from his parents was arrived on time.

The police finally decided to bring him  to the Bangli Mental Hospital,