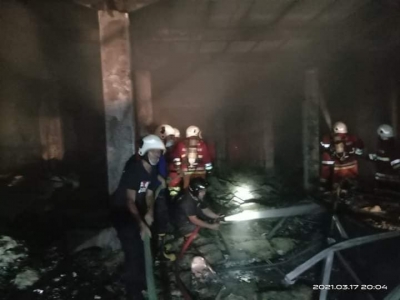 New Seminyak venue burned down allegedly caused by the fire dancer performance during the grand opening event on Wednesday night 17/03/2021 at 7 PM. D'Vesta, the new bistro  located on Jalan Raya Seminyak owned by the Indonesian DJ and celebrity   Gebby Vesta had a bad start on their opening . 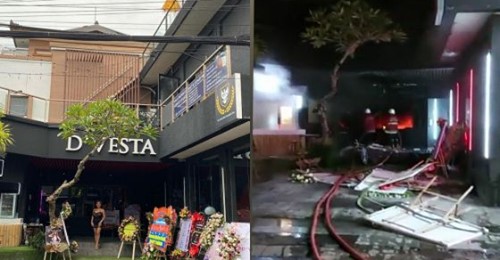 The incident started at 7 PM when the Fire Dancers get sprinkled by fire and spread to the stage,. The flames could not be controlled  and created panic, most visitors  save themselves and also the guest inside  the restaurant could be successfully evacuated . The Fire Department was informed and send 8 fire engines wo arrived only seven minutes later After two hours the fire was under control without any casualties ,but the estimated damage is  Rp. 1 billion