Peaceful demonstration in front Denpasar Police station, hours before the start of the IMF event 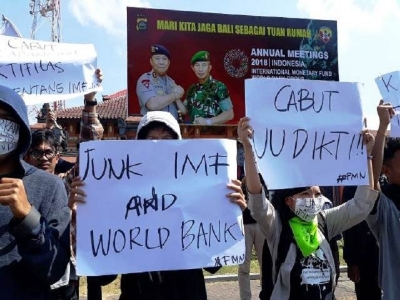 Two days before the start of the International Monetary Fund (IMF) and the World Bank in Bali in October this was marked by protests from popular organizations. The people's organizations that are members of the Alliance of the Global People's Conference assess the cooperation between the government and the IMF and the World Bank only further impoverishes the people.

The action coordinator, Dimas said, his side brought 3 demands in this action. First, they demand that the authorities and the government stop policies and regulations that suppress and curb the people's right to freedom of assembly, expression, organization and expression of opinion, especially when addressing the annual meetings of the IMF and World Bank in Bali. 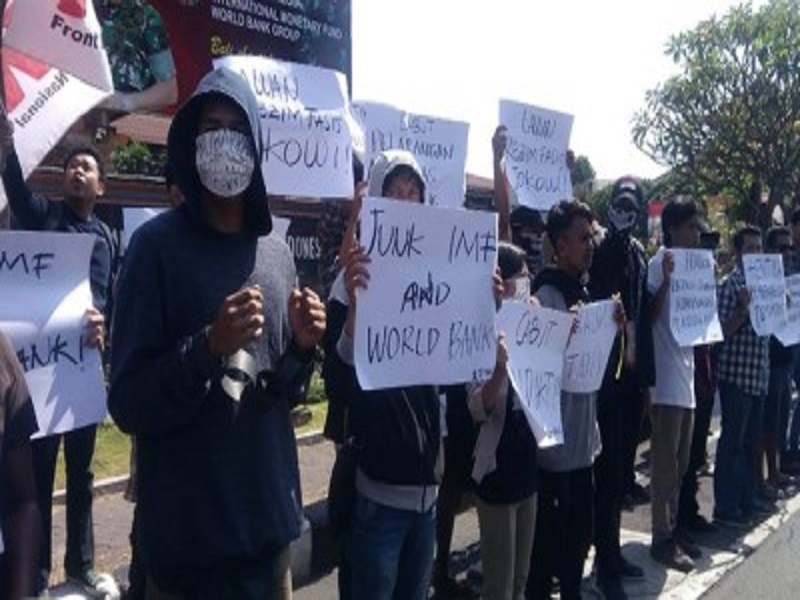 Then, they also urged that the Bali Regional Police's letter banning the people held a demonstration addressing the annual meeting of the IMF and the World Bank to be revoked. Finally, urging the government to provide guarantees and protection for the implementation of civil society activities in order to respond to the annual meetings of the IMF and the World Bank as a form of democracy enforcement.

In the action, the demonstrators chanted "Jokowi-JK American Dolls, Jokowi-JK Anti-People's Regime, Anti-democracy, Anti-poor people, Jokowi Fasis" and a number of other yells.

Responding to this ban, Presidential Spokesman Johan Budi SP, through WhatsApp, said it should be asked directly to the Indonesian National Police Chief and the Coordinating Minister for Politics, Law and Security, Wiranto. Separately, the Main Expert Staff of the President's Staff (KSP), Abetnego Tarigan said, he claimed to be surprised by the ban. The reason is that similar activities held by civil society have not been banned.

"Maybe RRI is excessive, try checking again. I don't follow this issue well about the IMF and the World Bank, "Abetnego said. 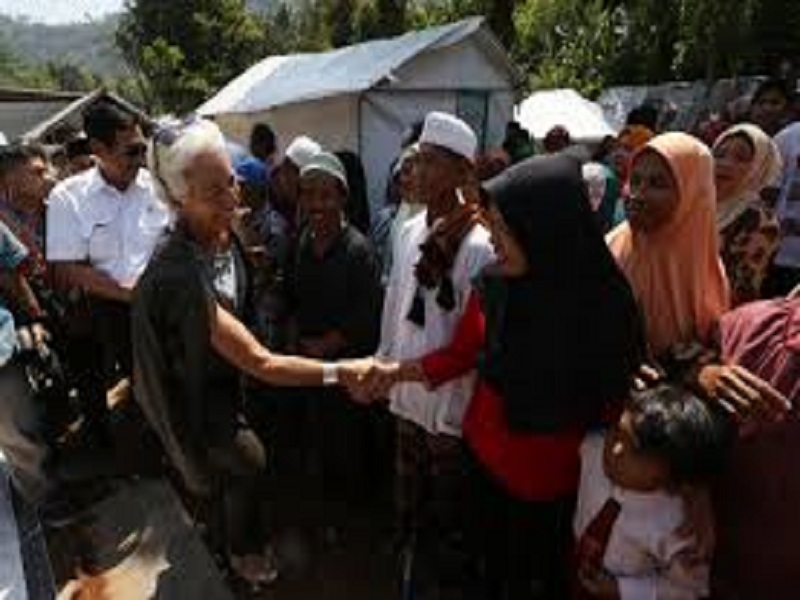 The main agenda for the annual meeting of the IMF and World Bank in Bali is to promote what is called hyper globalization. This term refers to what is referred to as maximizing development financing  And the World Bank Group has established the MFD approach in March 2018. Its vision until 2030 targets the role of G20 financing and the Multilateral Development Bank  collectively between 25 percent and 35 percent in every three-year period.

The MFD pilot project is the involvement of the private sector in the energy, transportation and infrastructure sectors. In the future - although the World Bank Group initially focused on infrastructure - the MFD project will also be involved in the health sector, education, finance and small and medium-sized agriculture. In short, the World Bank Group wants to promote efforts to eliminate most of the obstacles or in other words, the efficiency of transaction costs which has been considered to hinder capital trading flows. That is what will be unveiled which not only involves the IMF and the World Bank but also the United Nations.