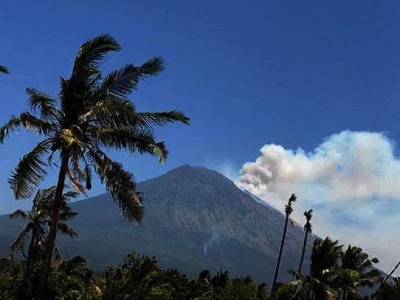 Forest land on the slopes of Mount Agung are burning again.

This time it expanded and it could reached the top.

The fire brigade have trouble to reach the hotspot is quite difficult to reach.

"Forest fires extend southward to reach the top of Mount Agung. And we have also coordinated with the KRPH (Head of Forest Stakeholder Resort) Kubu,

KRPH Kubu, Mede Putra Ariawan, it can only monitor because of the fire position on the terrain at an altitude of 900 meters and difficult to reach. "The cause of the fire did not rule out the possibility because of the friction by the strong wind, because the condition is very hot and the wind is very strong," .

Meanwhile, one of the residents of Wayan Wisana revealed that if the fire in Mount Agung had occurred since a few days ago. He said, until now the fire was still visible. "In a number of fires, the fire began to shrink. But in a number of fire points it has started to go out, 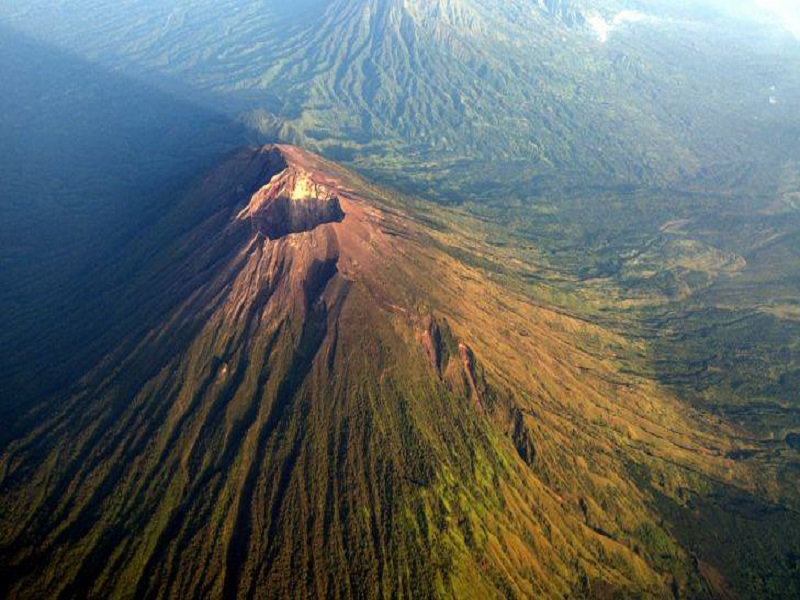 Mount Agung himself continuing to show seismic activity for the last 3 days.

Things have been picking up a bit since the M2.5 (amplitude 23 mm) local tectonic earthquake centered north of the crater late on 23 October. While this is not a large quake, it was roughly in the area where experts believe Agung’s magmatic chambers are located. Since that quake, there has been an increase in both deep and shall tremors inside the volcano which taken together could indicate there is some recharging going on. PVMBG has reported tremors in the crater associated with venting gasses although we haven’t seen much of any gas clouds – just one report since the tectonic quake and that rose only 20 meters above the crater. The seismic activity has all been small – maximum amplitude 10 mm on the seismograph – until this morning when they reported two deep volcanic tremors in the midnight-06:00 period with somewhat larger amplitudes of 12 and 16 mm. Volcanoes are always unpredictable, but I’m very sure they are keeping a close eye on this. The warning for Gunung Agung remains at Level III (Siaga) with a 4 km exclusion zone around the crater.