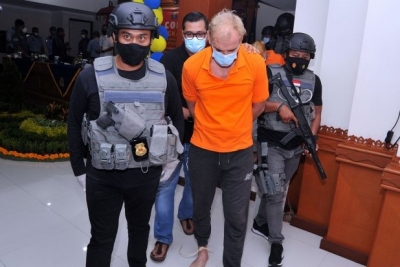 Escaped Russian fugitive arrested in a villa located at Jl Umalas I in Kerobokan on Wednesday morning 24/02/2021 at 1.30 AM and returned to immigration detention center after being hunted for 13 days. Bali police received recently information that the two Russia nationals Andrew Ayer and his partner Ekaterina Trubkina are hiding in the Canggu area. 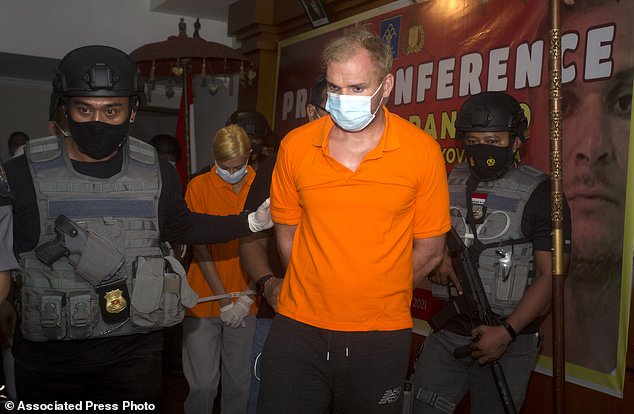 On Tuesday night 23/02/2021  At 10 PM Andrew Ayer and his partner Ekaterina Trubkina moved from a villa located at Jl Bumbak to another villa aprox 2 km distance at  Jl Umalas I, Kerbokan/  North Kuta The Bali Police and officers from the  Immigration Office arrived at 1.15 AM at the villa in Jl Umalas I  and both of them got arrested without any resistance  at 1.30 AM. 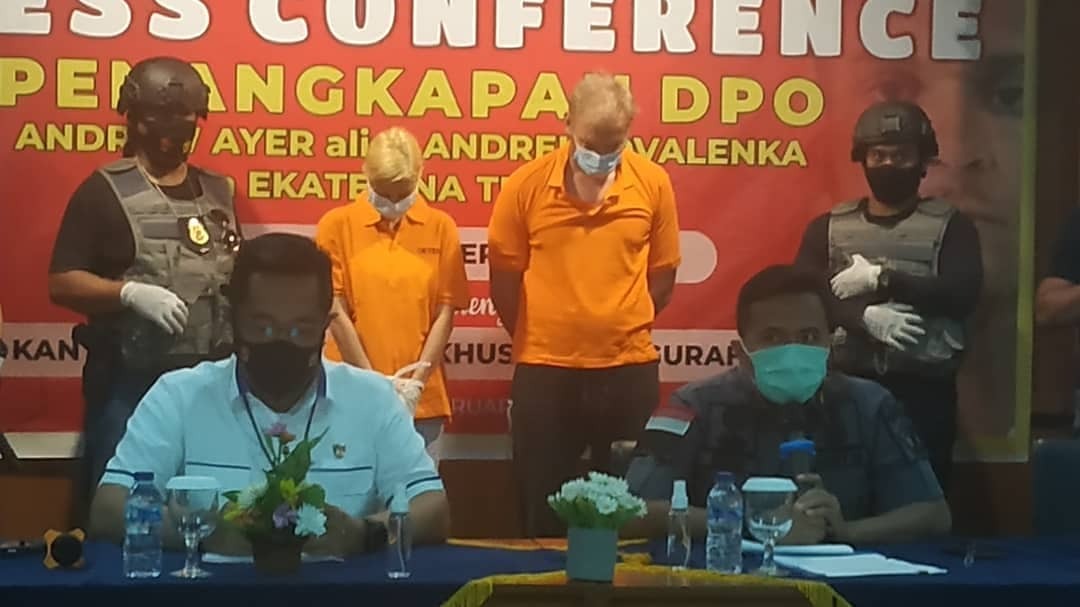 The Russian Citizens Andrew Ayer and  Ekaterina Trubkina  are currently being secured in the Class I Immigration Office Detention room where he previously escaped on 11/02/2021. Ekaterina prepared Andrew's escape carefully from the Immigration detection center in Denpasar on 11/02/2021 and also arranged the villa in the North of Kuta as their hiding place.
For her involvement into the  escaping process she could face a maximal sentence of 9 month according Djuhandai, the head of Criminal Investigation of the Bali Police present during a press conference on Wednesday 24/02/21. 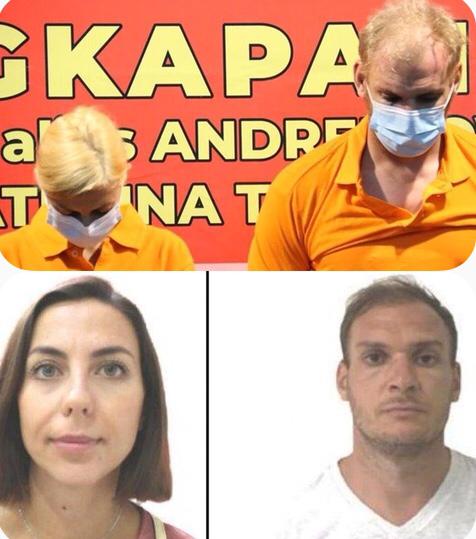 Andrew Ayer was arrested in 2019 and convicted of possession of more than 500 grams of hashish. He was sentenced to 18 months in prison. After completing his sentence, he was waiting for deportation to Russia on 11/02/2021 when he escaped during transfer from one immigration center to another when he was visited by his Russian partner Ekaterina Trubkina .

According Jamaruli Manihuruk, the head of the Ministry of Law in Bali is Andrew for the Russian authorities considered as  a big drugs dealer  in his country  what made him red listed on Interpol . Jamaruli hopes to have them deported to Russia today or tomorrow . but Andrew doesn't have a passport and he used a fake passport ton enter Indonesia previously . First the Russian reprentative in Jakarta has to provide a new passport to be able to deport Andrew back to his home country.

Currently , both of them  are now placed into the safer  Detention center  in Gianyar.