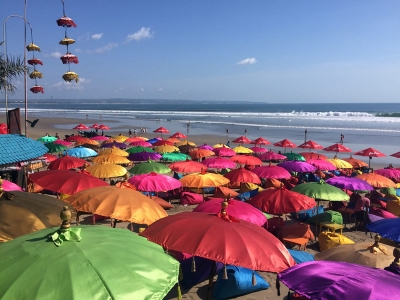 Bali reopen for tourism already in July as frustration grows including medical workers expressing their frustration at what they see as an inconsistent government response. Academic experts claim Indonesia’s Government has ignored their scientific advice regarding the coronavirus pandemic, as the province of Bali looks to reopen in the coming months. Others have rallied against sections of the community not observing social-distancing measures.

The hashtag #IndonesiaTerserah (Whatever, Indonesia) has trended on social media, with many Indonesians including medical workers expressing their frustration at what they see as an inconsistent government response. This hashtag was started by agitated medical workers who felt that their fight on the front line … not seeing their families because of the high risk, was not appreciated by the Government, who have decided to ease restrictions,” said Anita Wahid, the head of Mafindo, an organisation that monitors fake news and hoaxes in Indonesia.

Officials reported 489 new cases of coronavirus on Sunday, bringing the official total to 17,514. There have been 1,148 confirmed deaths.

Due to low rates of testing, however, many observers believe the true figures are far higher. Indonesia has backed a joint motion from Australia and the European Union calling for an independent investigation into the origins of the coronavirus outbreak. Images from Jakarta’s Soekarno-Hatta airport last week showed long queues and crowds as people flocked home prior to Eid al-Fitr, the end of the Muslim holy month of Ramadan, provoking widespread outrage.

The national Government had banned an annual mass exodus to people’s hometowns, known locally as mudik, allowing exemptions for those needing to return home for economic reasons. They have differentiated between going back to your hometown for economic purposes, for a safety net, that is OK. If you are going home to celebrate the end of Ramadan, that is prohibited,” said Zulfan Tadjoeddin, associate professor of development studies at Western Sydney University.An event marking the permanent closure of Indonesia’s first McDonald’s earlier this month, meanwhile, attracted hundreds of people. Photos shared from the event showed people standing closely together, in breach of social-distancing guidelines. The Jakarta Government later issued a fine of 10 million rupiahs ($1,050) to management for the violation of what national authorities call large-scale social restrictions. Indonesia has resisted a full-scale lockdown, such as that implemented in neighbouring Malaysia, due to concerns over damage to the economy.President Joko Widodo told local television last month that a lockdown would see lost economic activity of 550 billion rupiahs ($58 million) per day in Jakarta alone.Indonesia’s Finance Minister Sri Mulyani Indrawati recently said the crisis was likely to put efforts to tackle poverty back a decade.