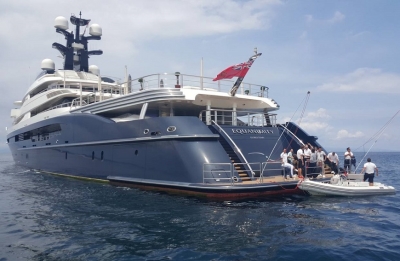 Indonesia seized ON 28/02/2018  a luxury yacht on the island of Bali sought by the US Department of Justice.

The luxury yacht that was allegedly bought with funds siphoned from 1MDB has been seized off the coast of Teluk Benoa in Bali, Indonesia

after a joint operation by Indonesian and the US Federal Bureau of Investigation (FBI).

Indonesian media reports indicate that there were 34 crew members on

The Equanimity and that the vessel had been in Indonesian waters since November last year.

approval from the court to seize the boat,” Agung Setya, director of economic and special crimes at Indonesia’s criminal investigation bureau,

There is no word if whether businessperson Low Taek Jho @ Jho Low was aboard the reportedly US$250 million (RM1 billion) vessel.

Numerous reports and photographic evidence have shown that The Equanimity was used by Low to host lavish parties,

with Hollywood A-listers including Leonardo DiCaprio and supermodel Miranda Kerr among those who have spent time aboard. 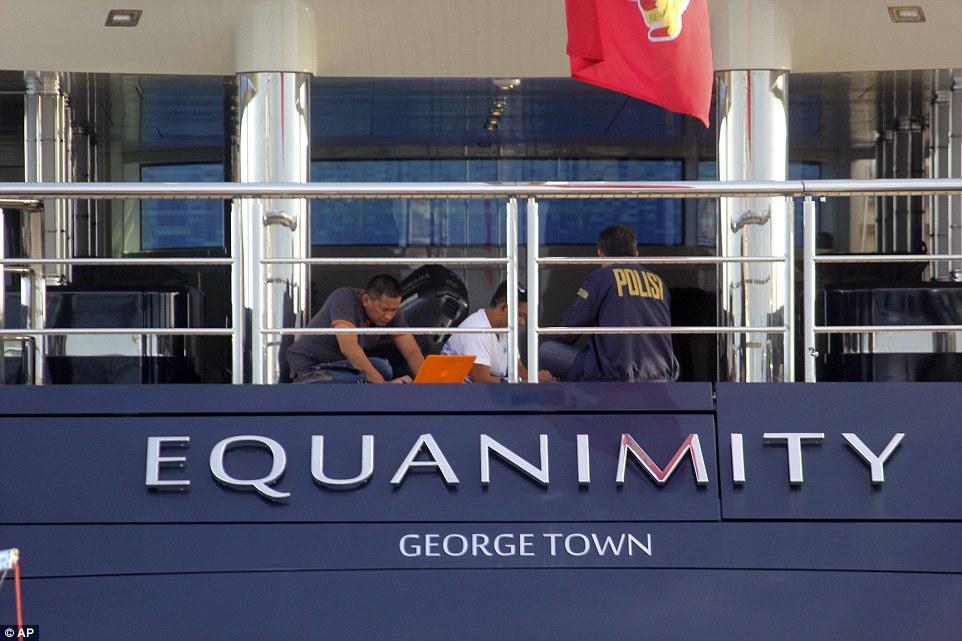 that it was bought using laundered money involving 1MDB.

In total, the DOJ is seeking to seize approximately US$1 billion worth of assets

which was allegedly bought with 1MDB funds that were misappropriated.

Putrajaya has maintained that 1MDB funds are not missing.

However, both DiCaprio and Kerr have handed in  assets which were being sought by the DOJ.

said he had no information  about Low’s yacht. At the time, the yacht was spotted off Phuket, Thailand.

Based on information gathered from leading media group serving the superyacht industry,

it was learned that 'The Equanimity' has a helipad, a 20-metre swimming pool, life jackets

and a cinema, among other facilities. 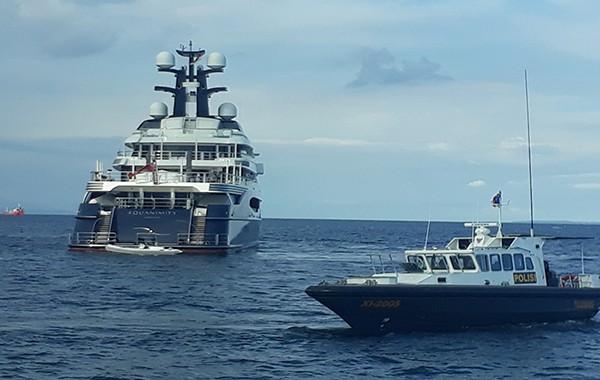 after a yacht linked to the controversy was seized off Bali.

s as part of their probe into Malaysian state fund 1MDB.

The US Justice Department alleges in civil lawsuits that $4.5 billion was looted from 1MDB --

set up Prime Minister Najib Razak -- in a campaign of fraud and money-laundering. Najib and the fund deny any wrongdoing.

The suits list $1.7 billion in assets allegedly bought with the stolen money US officials are seeking to recover

These include the 300-foot (90-metre) yacht Equanimity, reportedly worth some $250 million,

which US officials said was bought by a financier known as Jho Low, an unofficial adviser to 1MDB.

although he did not hold any official positions in Malaysia.

He has denied any wrongdoing and his current whereabouts are unknown.

After the seizure of Equanimity, a spokesman for Low noted that the Department of Justice (DoJ)

had officially delayed its efforts to seize assets last year.

A US court reportedly granted a stay after a request from authorities,

as they believed the civil proceedings could affect a criminal probe they are also conducting.

The spokesman said in a statement late Wednesday the DoJ had "still not taken any steps to prove that any impropriety has occurred.

"It is therefore disappointing that, rather than reflecting on the deeply flawed and politically-motivated allegations

, the DoJ is continuing with its pattern of global overreach -- all based on entirely unsupported claims of wrongdoing."

Opposition politicians jumped on the seizure of the Cayman Islands-registered vessel to attack the government.

Senior opposition figure Azmin Ali described the seizure as a "milestone" in the investigation into 1Malaysia Development Berhad ( 1MDB ).

Indonesian authorities who cooperated with the US Department of Justice," he said in a statement.