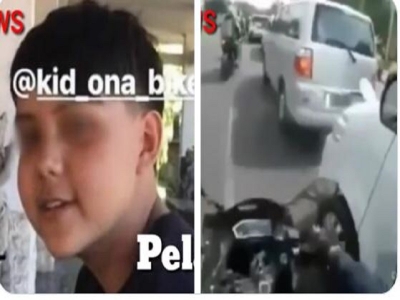 The 13 years old boy from Javanese mother and English father  uploaded a video showed himself riding a motorcycle and hitting the rear view mirrors of the cars driving on speedy roads in Denpasar.

Although wearing a complete motorized safety device such as a helmet and gloves driving a Honda Scoopy and a Honda CBR.

The act of breaking the rear view mirror of a car is certainly very detrimental to others. In the video uploaded on youtube
In addition to committing violence this teenager also often carries out dangerous manoeuvres in driving and speaking obscene words to other road users.

In a video taken  from him on  the motorbike when  stopped at a red light, the driver who was witness of is actions he his  goes down and starts the debate in the middle of the road. The young  reckless motorcyclist insisted on not making mistakes and instead threatened to report back to the police with the video evidence he recorded. The debate  also including dirty words.

After bying upset by the comments of the driver, the teenager broke the rear view mirror of the driver's car. 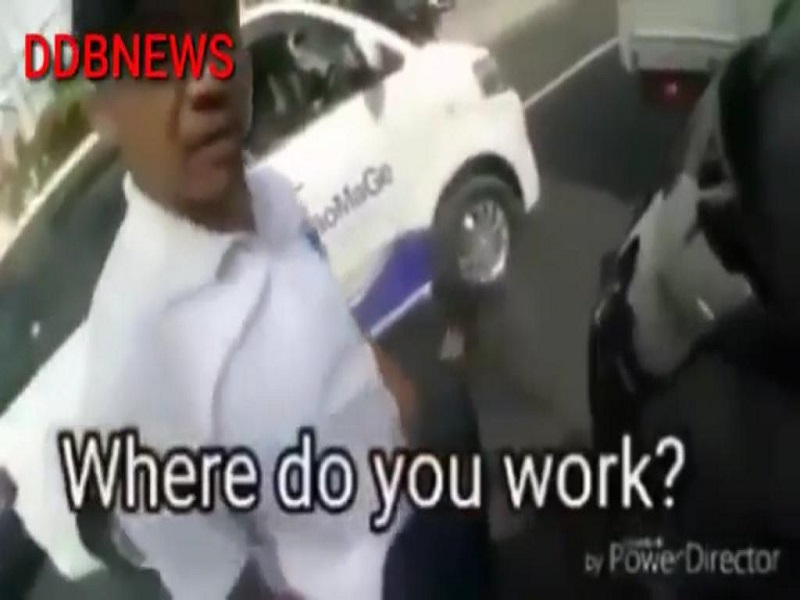 The  teenager also invited his dog on his Scoopy . On one occasion another motorbike accidentally dropped it from the motorbike. The action was allegedly the revenge of the victim of the teenager's reckless actions before.

After being busy on social media, the video uploaded by the teenager of the Kid account :  Ona. Bicycle.the entire video was deleded a few days later . But some other youtube accounts that are aware of this video have captured the evidence of the teenager's dangerous actions.