Bangli, beautiful Bangli, your diverse selection of natural attractions is impressively mind-blowing. Blessed and charmed with heaps of tangible beauties, this regency also has a village that has been dubbed as one of the world’s most beautiful and clean village known as Desa Penglipuran or Penglipuran Village.

This well-conserved traditional village is situated in Kubu Village of Bangli, Bali and has a total distance of about 45 km and travel time of 1 hour from the centre of Denpasar. The strategic location of Penglipuran Village is just ideal because it is perfectly located along the distinguished touristic Kintamani route. Thus, it is easily accessed by the majority of the domestic and foreign tourists. 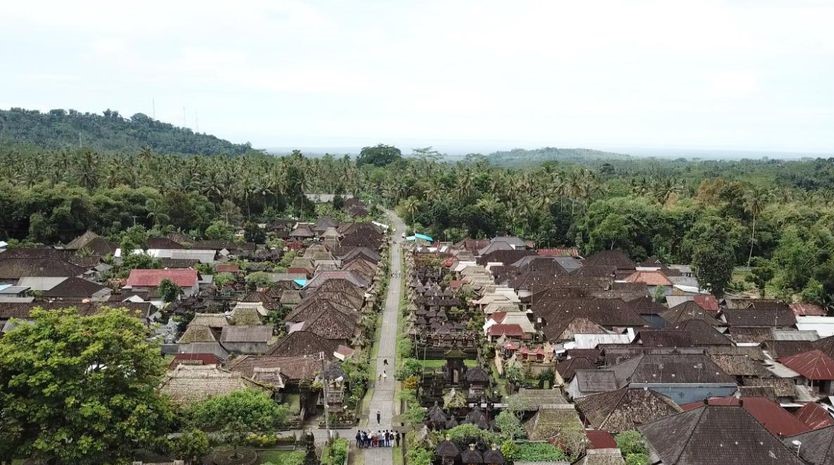 Honoured as one out of three cleanest villages in the world, the purity, cleanliness and environment can be reflected at the village; no trash or waste scattered around, no pollution and no vehicles passing through the main road of the village. These beliefs have been inculcated and prevailed in awig-awig, the native ideology of the village.

Penglipuran is also believed to be one of the Bali Aga villages in Bali, and is said to have existed centuries ago ― long before the prospering rules of Majapahit in Bali. As a consequence, the existing Balinese culture and traditions are deep-seated and can be presently perceived in the community’s lifestyle at Penglipuran Village.

Looking back at the history of this Village, the development initially came about from Bayung Gede Village in Kintamani. It was formed during the era of the Bangli Kingdom, whose ancestors originated in the latter village. One fascinating thing about this village is that the word ‘Penglipuran‘ derived from the term ‘lipur’, which means ‘to entertain’ or ‘to comfort’. Up untill today, Penglipuran Village is known to be a place that can hearten and uplift anyone who is paying the village a visit. 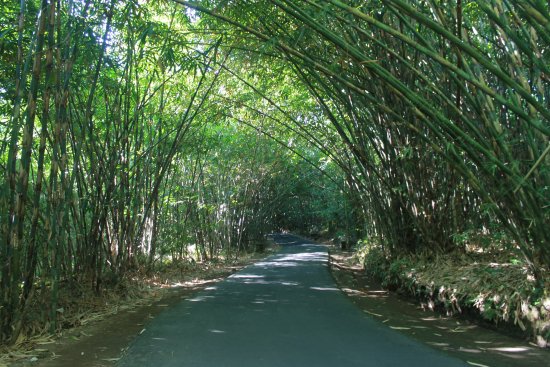 Few of the bases as to why tourists love to flock around this village are that the linear patterns of the settlements that are methodically assembled and terraced, the uniqueness of the angkul-angkul (entrance) in each and every home belonging to the residents, the preservation of bamboo trees, a place of exile that serves as a punishment for men who practise polygamy known as karang memadu (note: this village prohibits polygamy and this exists as an effort to protect and respect the women at the village), and monument of the local hero named Anak Agung Gede Anom Mudita.

The building structure of Penglipuran Village uses the concept of Tri Angga which literally translates to Three Parts and it is composed of the uppermost and most sacred part (temples), the intermediate part (settlements of the villagers) and the bottommost part that represents impurity (graveyards).

In comparison to other villages in the island, the angkul-angkul or main entrance of every home at Penglipuran Village has its own uniqueness and particularity. This village is expressly concerned about the preservation of bamboo plants, hence the various types of bamboo that are present in the bamboo forest. Ultimately, this enhances the beauty and brings freshness that already exists to the extraordinary village. 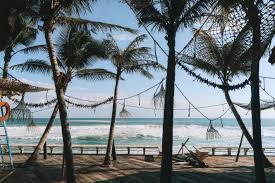 Visitors are more than welcomed to make use of the facilities provided around the area, such as parking lot, toilets, a Balinese-style pavilion known as wantilan or bale, warung, and a favourite of many – photobooth backdrop!

Experience the real deal and revel yourself in the culture and heritage of Bali at Penglipuran Village,one of the popular destinations in the island. And when you do, don’t forget to try their exceptionally unique loloh cemcem and klepon ubi ungu especially made by the local community!