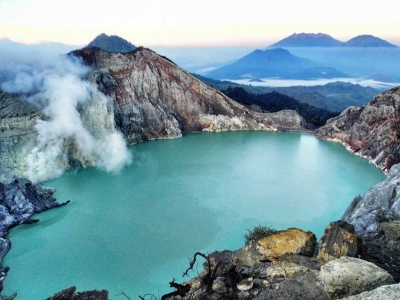 After 3 days closure , climbers can visit again Ijen Crater, Banyuwangi,  (24/21/2018 ] now the climbing paths to the top of the Ijen is repaired.

Repairs target drainage along the hiking trail. So, the safety of climbers can be maintained. As a result of the closing of the climb, the atmosphere at the Ijen entrance suddenly became quiet. Only, a number of workers are busy working on the project.

Improvement of climbing infrastructure, he said, starts from the entry post to 1 kilometer to the top of Ijen. Sigit added that the improvement in drainage was focused on climbing routes that were prone to landslides. Moreover, the next few months enter the rainy season. Plus, entering the year-end holiday season.

"As a result of the field check, there are several hiking trails that are prone to landslides. So, we want to improve drainage, "he said firmly.

It was worried, if the hiking trail was not repaired, it would be dangerous for tourists. Moreover, every day around 1,000 climbers throng this path to the top. In addition to infrastructure improvements, closing the hiking trail to Ijen to rehabilitate the ecosystem. "So, the ecosystem will be natural, without anyone climbing anything," he added. The high number of tourist visits, continued Sigit, has an impact on the ecosystem in the location. 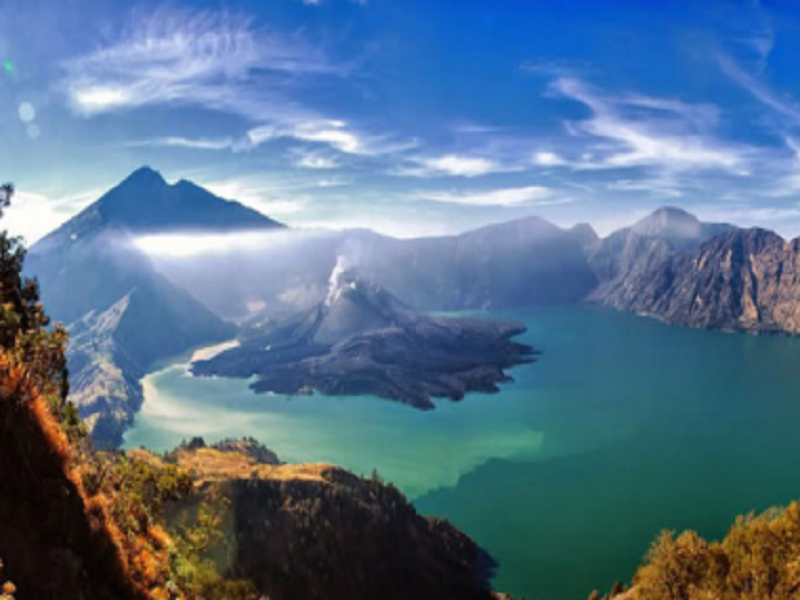 The hiking trail to Mount Rinjani passes through Aik Berik Village, North Batukliang District, Central Lombok (Attic), officially opened. One of the four official hiking trails was opened to raise the economy of the community around the national park area which had been paralyzed by the August 2018 earthquakeThe opening of the hiking trail as well as the launch of the e-Rinjani program was carried out by Central Lombok Regent H. Suhaili FT, together with the Head of the Mount Rinjani National Park Office (BTNGR) Sudiyono, in Aik Berik, Batukliang District, Central Lombok Regency, Monday (19 / 11).The opening of the Aik Berik hiking trail is one of the four official hiking trails. The other three are the Timbanuh, and Sembalun hiking trails in East Lombok Regency, as well as climbing routes in Senaru, North Lombok Regency. The hiking trail in East Lombok and North Lombok regencies is still closed because the condition is severely damaged due to the earthquake which endangers the safety of the climbers' lives.Suhaili said that his party would arrange the climbing lane so that it could bring benefits to the community, especially in the North Central Lombok region. Therefore, it is expected that support from all walks of life can be shared so that what is implemented can be realized. "This opportunity can create community employment, so that it can be used as a place to seek rizki," Suhaili explained.In the future, there will be 5 hiking trails in the Central Lombok region, namely Karangsidmen Village, Lantan Village, Seteling Village, and Aik Bual Village. The path will later meet at one point in the Mount Rinjani area managed by TNGR. "This hiking trail will be the most beautiful, comfortable, and most modern in the world. This can also be a balance between tourism development in the south and in the north, "concluded Suhaili.Chairman of the Ministry of Tourism's Crisis Center Team, Guntur Sakti welcomed the opening of the Mount Rinjani Aik Berik hiking trail. According to Guntur, the opening of the climb will reopen tourist inflows to NTB because Mount Rinjani is one of the attractions to generate tourism in NTB.Guntur said that currently the recovery process for NTB had gone well and now Lombok has started to be crowded with tourists. Tourism Minister Arief Yahya at the 2018 World Travel Market (WTM) in London earlier in November also promoted if NTB had risen. Lombok is safe to visit. Meanwhile, Head of TNGR NTB Province, Sudiyono said, the opening of this line had gone through the requirements and involved all parties, because only this route was feasible, both in terms of safety and water needs for climbers. "The hiking trail at Aik Berik was officially opened today in order to eliminate the thirst of climbers of Rinjani lovers