GWK Statue to be terminated before IMF world bank meeting ? 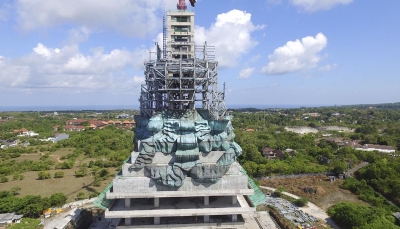 This statue of Hindu god Wisnu under construction

Situated upon the windy Ungasan escarpment

unpredictable weather is one of the obstacles

to the statue’s installation. As of recently 160 out of 754 modules

of its outer skin made of copper and brass sheeting

each weighing on average 800 kilograms — have been mounted. The Garuda Wisnu Kencana is about 75 metres high,

or 120 metres if you include the pedestal

that is about 30 metres higher than the Statue of Liberty in New York.

But where the Liberty statue is tall and thin,

the Garuda is almost as wide as it is high

its wingspan is over 60 metres.

According to the schedule the sculpture should be finished in March 2019.

There has however, been a request from the government that it is finished

in time for the IMF-World Bank Meeting to be held in Bali in October 2018. 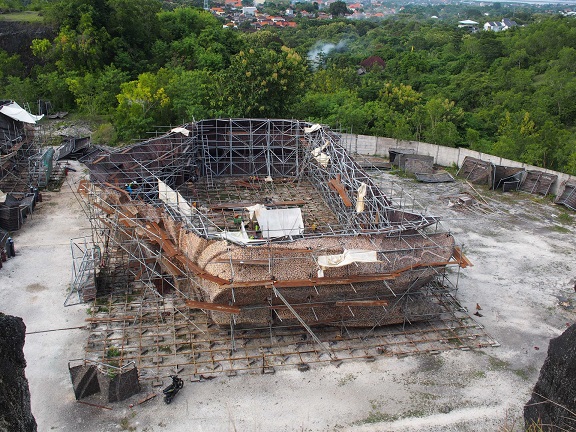