organising the Publish Asia 2018 in Bali.

The event will be held for 2 days by presenting speakers from Asia Pacific.
There are around 300 CEOs and editors of

Patrick Daniel, the atmosphere in the mass media industry is improving. 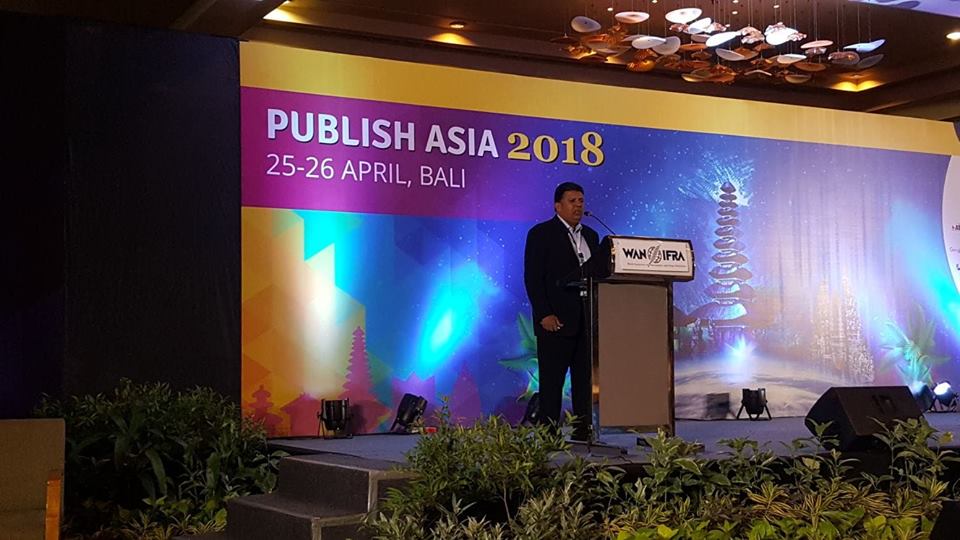 Last year, when the meeting was held in Kuala Lumpur, Malaysia,

publishers experienced stagnant growth and most were in a restructuring position.

"This year, the atmosphere is getting better because there is optimism

and an increase in growth in the mass media industry," he said.
There are several reasons that have caused the excitemen

t of the mass media industry this year.

He mentioned the increasing number of people who want to read

the news as one of the reasons.

In addition, many new sources of income exist for

to their traditional income from ads that have shifted to

online platforms and social media, such as Facebook and Google.

However, he realizes that efforts are still needed to increase

public interest in paying the news that they read,

because the actual ability to buy it exists.
On the occasion also conveyed the trend that occurred

in the mass media industry. Starting from Thomas Jacob'

s presentation of WAN-IFRA, then the exposure related efforts

made by the mass media with speaker Jayant Bhargaya which