Urgent renovating needed at Kerobokan prison where prison fence wall could collapse during next strong earthquake. 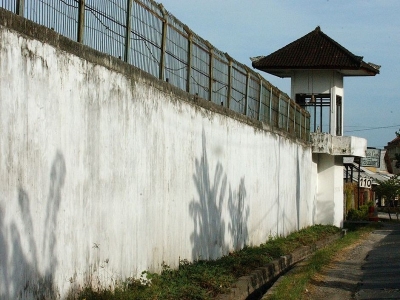 Kerobokan Class II Lapas is not only overcrowded , but it  turned out that especially the west side fence walls are in alarming condition..

This is because the building is old. In fact, the fence wall on the west, exactly on the edge of Jalan Mertanadi, has tilted 10 degrees.

According to Tonny, the slope was caused by a 42-year-old building. Kerobokan Class IIA Prison was built since 1976.So, it's very old, it's time to be renovated," added the man from North Tapanuli. According to him, since the establishment of 42 years ago the prison has never been renovated.Renovations were carried out once after a major disaster in 2012. At that time a big trouble broke out until a number of inmates had mastered the prison. 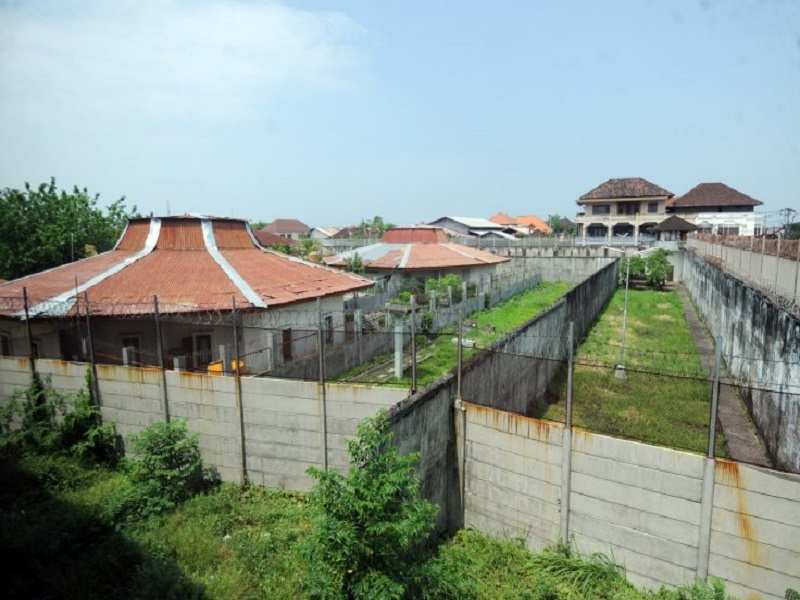 The riots subsided after the joint forces stormed into the prison. According to Tonny, the post-conflict renovation was C1 and C2 blocks.

Renovations in the form of repairs to roofs, ceilings, walls, including waterways and walls. "For standard high calls.

The condition of old buildings has sparked its own concerns. Especially when there is a big earthquake.

Some time ago when a big earthquake shook, the inmates had panicked. Tonny revealed, plastering on a number of sites had also begun to break down.

According to the Kalapas Class IIA Kerobokan Tonny Nainggolan, to renovate the prison there were no problems with the land.

With sufficient land, just arrange the building or block model. Tonny admitted, several times had emerged the discourse of transferring Class IIA Lapas Kerobokan will be moved to Suwung, Mengwi, to Evening, the northern tip of Badung regency. However, until now there has never been a follow up. All that depends on the center, "explained Tonny Nainggolan.

He and his staff must work hard to maintain security and order prison. Because the prison, which was supposed to be host max by 323 prisoners , is currently inhabited by 1,568 inmates