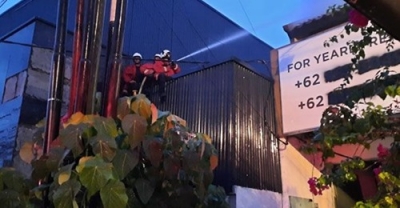 Three restaurants caught fire on the Jalan Raya Petitenget in Kerobokan, North Kuta on Saturday morning 27/02/2021 at 5.30 AM. The fire was discovered by a security guard who was shocked by the sound of the explosion on the ground floor of  restaurant Nostimo Greek Grill. Presumably caused by a short circuit and set fire that spread  rapidly to the nearby restaurants Shearlock and Baracca. 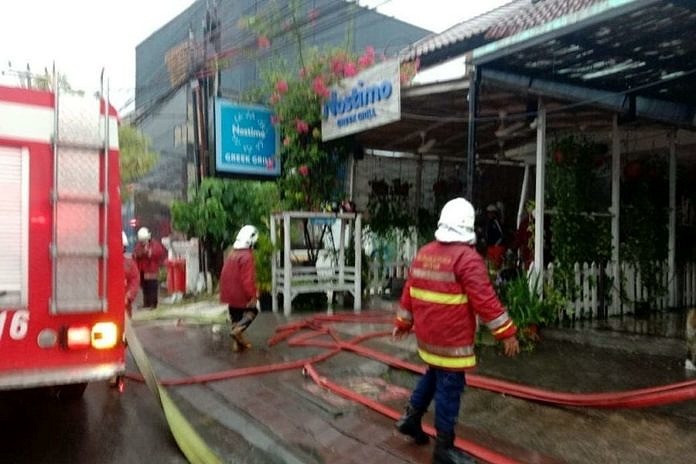 Few people tried first  to extinguish the fire with a water hose and decided later to contacted the fire department who send out  8 units at 5.15 AM.  The fire was extinguished by members of the Badung Fire department  at 6.30 AM. The incident is currently still being investigated by the authorities and the damaged is estimated at 1 billion IDR. 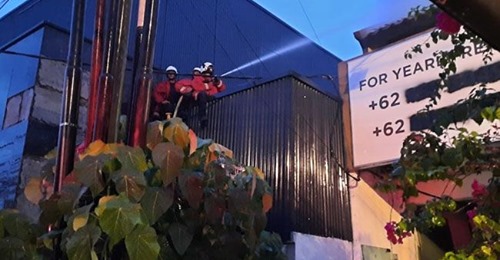