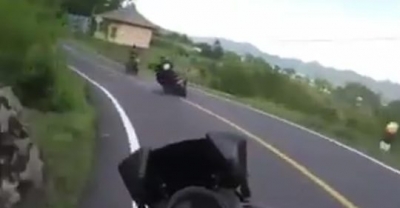 Shocking Bali motorbike crash recorded by Agung Setiawan  ( video below ) that has shown the moment two scooters collided and sending several other motorcyclists flying.Ridwan Nugraha, from Denpasar, was riding along a rode when the motorcyclist in front drifted across the road and crashed head-on into another rider who was travelling in the other direction.The two bikes were flung across the road and Mr Nugraha was sent flying across the road.One woman also came off her bike and can be heard hysterically screaming as she lay on the road. 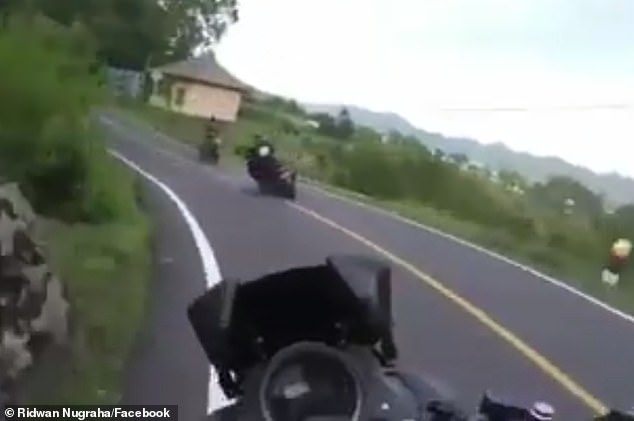 Ridwan Nugraha was behind a scooter when it hit another motorcyclist head-on, causing a horror crash Mr Nugraha was sent flying when he collided with one of the scootersAmazingly, the woman doesn’t appear to be seriously injured. Meanwhile the rider of the another bike gets to his feet and can be seen crouching down on the roadside and doesn’t appear to be seriously injured either.The video ends with Mr Nugraha helping the woman back to her feet. 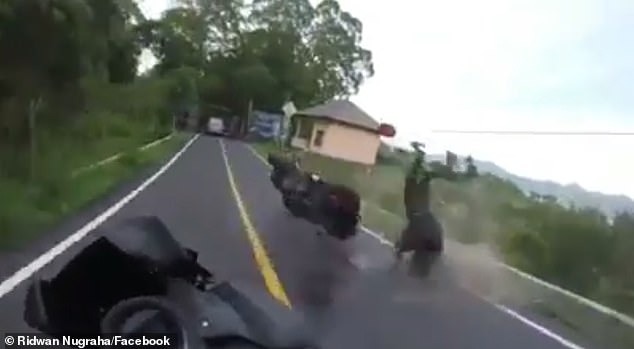 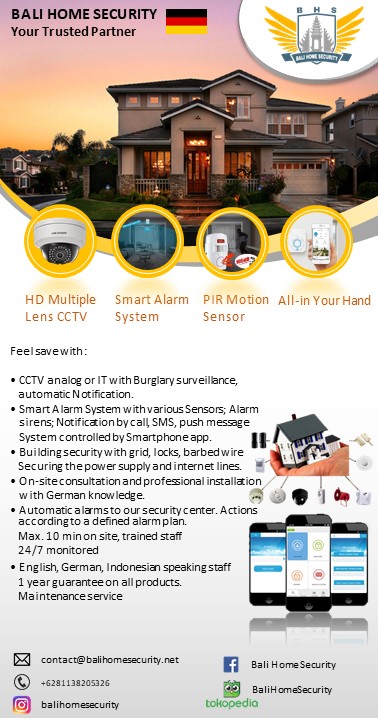