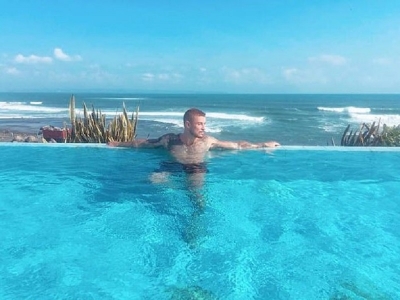 Heavily-tattooed Murrell, who hit the headlines earlier this year when a mangled Google translation of a police wanted appeal described him as having 'potatoes on his chest', has been posting pictures from the Indian Ocean island for several weeks.

He had previously admitted conspiracy to supply a controlled drug and possession with intent to supply.

Prosecuting counsel Sarah Badrawy said Murrell had made more than £220,000 from the supply of steroids.

The court heard Murrell, who told police he was a model, was now leading the life of a tourist on the island of Bali and had been seen in photos on Facebook. 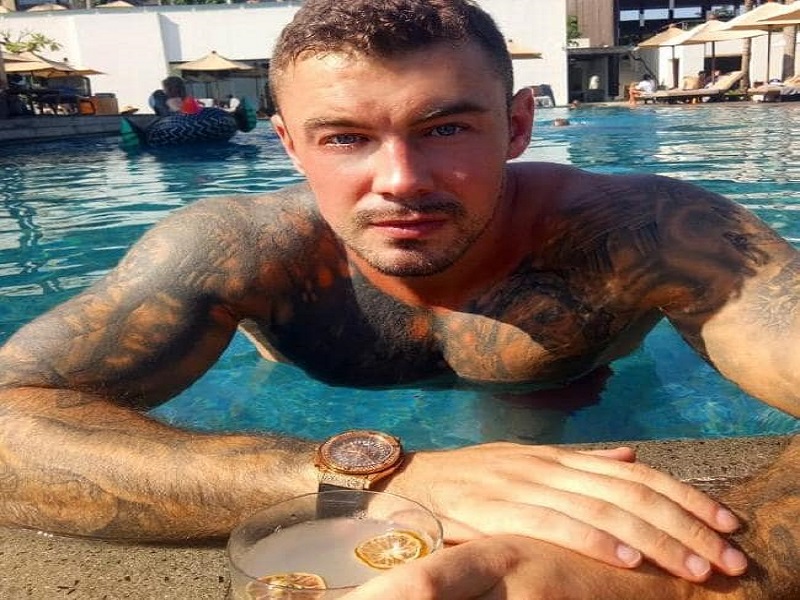 Ms Badrawy said drugs worth almost £2m had been seized and the gang were thought to have made £1.2m profit in two years.

The Crown Prosecution Service (CPS) said 15 defendants conspired to import, produce and then sell steroids and hormone tablets around north Wales, London and Leeds and on a number of websites.

The drugs ring was broken after customs officials intercepted a number of parcels addressed to the defendants or bogus business addresses they were using to hide the conspiracy, the CPS added.

The parcels were found to contain raw steroids and other items used in the manufacture and distribution of the drugs.