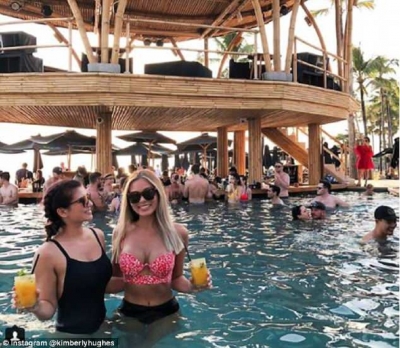 Australians holidaying Bali predicted for July 2020 with only 150 people on board each flight and max just 1500 arrivals each day according Rai Suryawijaya the chairman of the Indonesian Hotel & Restaurant Association. The Indonesian government is reportedly planning a 'travel bubble' with Australia, China, South Korea and Japan in a desperate bid to boost tourism. Odo Manuhutu, deputy co-ordinating minister for Maritime Affairs and Investment, said Indonesia would open its borders to those four countries before extending the offer to others.Travellers would face 'strict health protocols' but the move would ideally revive domestic tourism. After the criteria is made, negotiations will be held with those countries for two, three or four weeks. When agreements are reached, the travel bubbles will be opened,' the deputy minister said.In addition to the high level of tourists, there are also business interests with these four countries as well.'The plan has been slammed as premature by some critics as the number of coronavirus cases in Indonesia continues to climb. There are more than 39,000 COVID-19 cases in Indonesia and 2,198 people have died but the country is willing to get tourists back sooner rather than later to bolster a flagging economy.Formerly bustling tourist locations have been replaced by empty streets after visitor numbers diminished rapidly. Foreign tourist arrivals into Indonesia plunged more than 60 per cent in March, compared to the same month last year, with Chinese arrivals sliding more than 97 per cent.Last year, 1.23million Australians visited Bali - a rise of 5.24 per cent on 2018 figures. Indonesian Hotel & Restaurant Association chairman Rai Suryawijaya told the Financial Review said Bali's economy was on the brink of collapse with tourists. My prediction is July. Even if we could get 10 flights to land each day, with social distancing restrictions on-board, there may be only 150 people on board each flight so that’s just 1500 arrivals each day. We know occupancy rates will remain low, at least until next year.'Even if Indonesia does open its borders, the Australian tourists will not be able to come until at least October. The government has extended its ban on Australians travelling overseas until the end of September, and the policy of forcing all those returning to Australia to spend two weeks in hotel isolation will continue indefinitely.