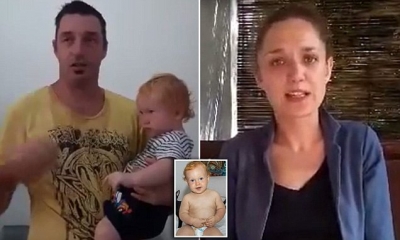 A 40 year old Austalian man and self-described spiritual healer has been jailed in Bali for kidnapping his own son earlier this year.

Alistair Larmour was found guilty of abducting the toddler from his ex-partner's house in Ubud during a midnight home invasion in April.​

The then 15-month-old Andrew was reunited with his mother Agnieszka (Agnes) Krzysztofowicz two days later, after she hired a child recovery specialist in a desperate bid to find the toddler. 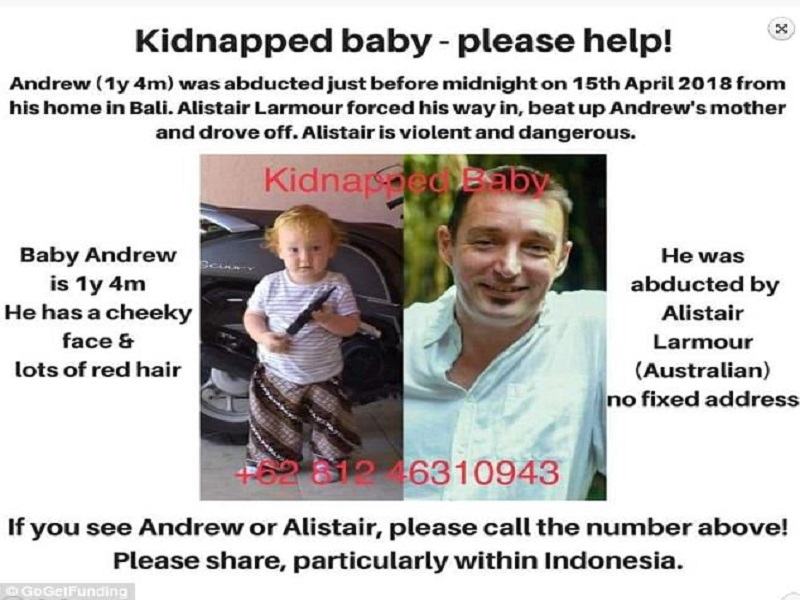 During that time Larmour posted a video to Facebook defending his actions as the “only option” and claiming he “just wanted to be a dad.”

Well everything I've done, I did out of love and nobody got hurt which is something I'm glad about,” he said

“I'm sad to be in jail for loving my son but that's how things work out.”​

Ms Krzysztofowicz and Mr Larmour lived together in Bali but became embroiled in a custody battle after becoming estranged last June.

o 12 months behind bars, he reiterated it was an act of desperation.

On his website, Mr Larmour describes himself as a mystic, spiritual healer and medical intuitive.

He talks about his previous battles with schizophrenia, drugs and alcoholism.

He grew up in Melbourne but moved to WA, where according to his website he spent two years as secretary on the WA board of Alcoholics Anonymous.