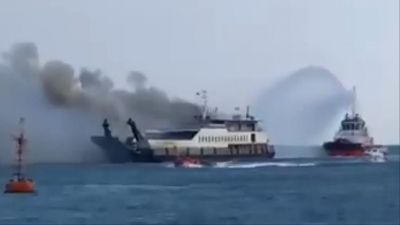 caught fire on May 17 th 2018 while crossing Bail Strait en route to Ketapang,

with15 crew, 18 or 25 passengers and 13 vehicles on board. Upper deck was engulfed by fire,

some passengers panicked, but luckily, all including crew were evacuated,

no casualties reported, but some passengers were hospitalized.

Fire said to be extinguished by a tug with water canon. 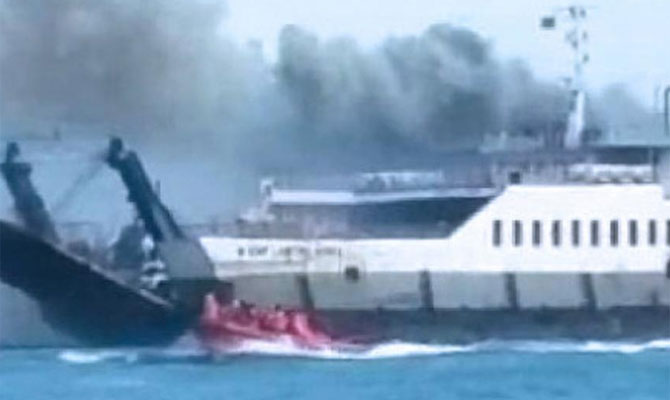 over the fire that occurred on the upper deck of the 2nd floor of the vessel.

The passengers were evacuated using a lifeboat and taken to KMP Karya Maritim II,

and the extinction process was still carried out by the officers. 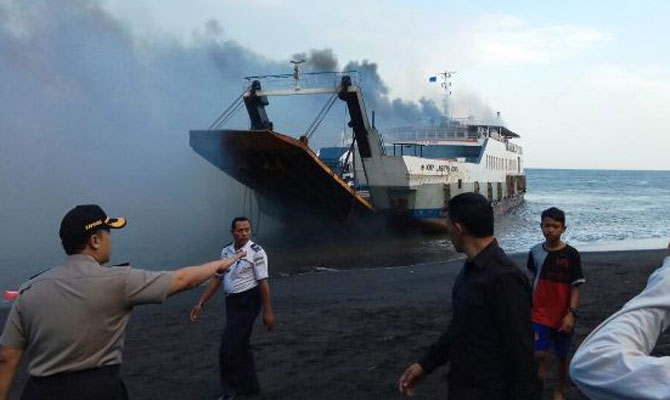