6.000 Australian schoolies partying in Bali, causing chaos and fights on streets of Kuta. 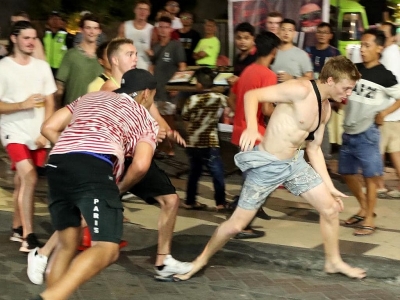 A violent brawl has been caught on camera as school-leavers have wreaked havoc in Bali.

A big group of Schoolies were filmed spitting at each other on the streets of Kuta before punching on in all-out brawl, stopping traffic.

Shirtless teenagers can be seen falling over in the middle of the road as they throw punches at one another, while cars and motorcycles can be heard beeping in the background.

One man is seen trying to protect his head with his hands as another three men hit him from different angles.

Undercover police officers eventually showed up and brought the brawl to a close. 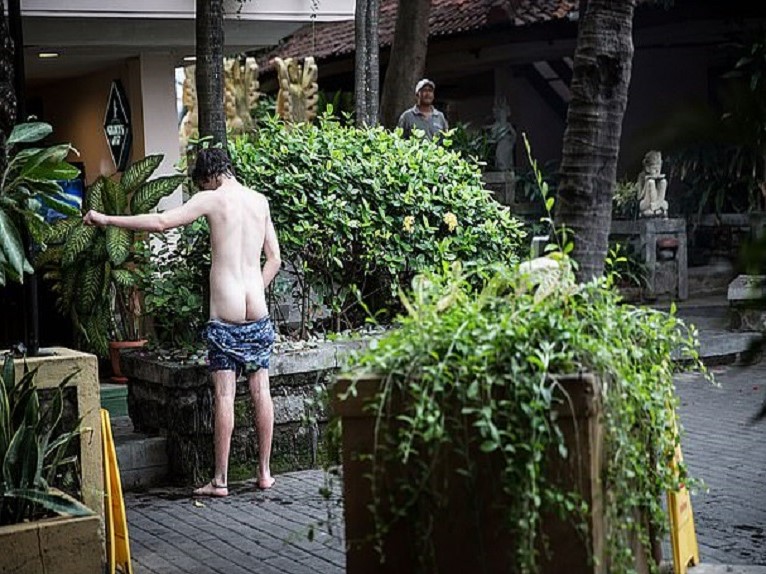 When a Nine News reporter asked a group of young partiers why they weren’t wearing a helmet,

a young woman shouted back: “Because it’s f***ing Schoolies b**ch!”

It comes as it is revealed more Schoolies travelling overseas aren’t taking out travel insurance.

According to the report, of the 6000 Schoolies currently travelling in Bali, one in five may not have travel insurance at all.