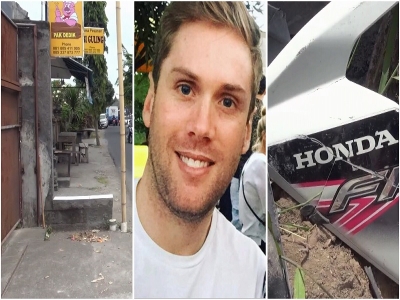 Property valuer Callan Jay Everts, 32, was riding back to his villa with friends after dinner in the Indonesian holiday hotspot when he crashed into the wall of Santo Paulus Church in North Kuta on Wednesday morning.

His sisters Michelle Howard and Neesha Reitsema said his friends, who were travelling a little bit behind their brother, found him unconscious. He was then taken to Sanglah Hospital for treatment but sadly died.

“We loved him so much,” Ms Howard said as she fought back tears. “He was our baby brother. We doted on him from day one. He could no wrong in our eyes.

“I said to mum of ‘all people in my life I have never had a bad word or bad altercation with him’. “He was just the purest, most gentle, generous person. He would drop everything in a heartbeat. He didn’t think about himself. He could of. He was 30-year-old guy with no commitments. He could have been all about himself but he completely wasn’t.

“He was always there for us, always at family events. He made such an effort with his friends and family. That is who he was. That is how I want to remember him.”

Mum Nellie added: “I will always remember Callan as a loving, caring son. Always had my back, loved his father. I know he was just the best. He really was.”

Exactly how Mr Everts came off his scooter is not yet known, however his family insist he was wearing a helmet at the time. 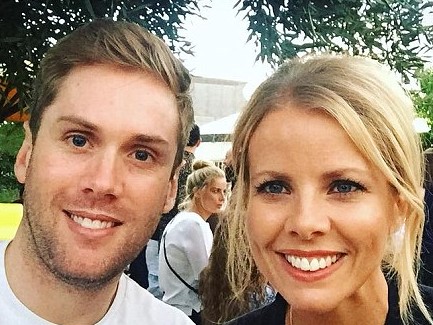 They also revealed they almost lost Callan 16 years ago adding because of the accident he was not a big drinker and dismissed any suggestions he was drinking at the time of the crash.

“He almost died 16 years ago and we are so blessed to have had 16 more precious years with Callan,” they said. “When he had his accident 16 years ago, he injured his liver so he’s not a big drinker.”

They added: “Callan was a much loved son, brother and uncle and one of the best friends you could have.

“We will remember our brother as a kind and beautiful soul who genuinely cared for his family. He was a doting uncle to his nephews and nieces. He was a child of God and a committed Christian. And we know that he is in eternal glory in Heaven and this gives us comfort at this time.”