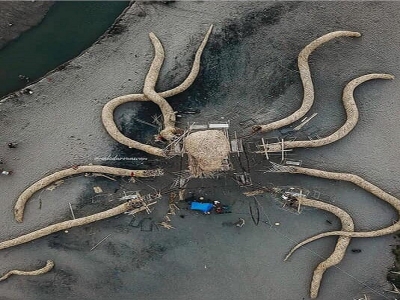 The installation of giant octopus will be used as a stage for the Berawa Beach Arts Festival  from May 23 to 26, 2019.

Because this Tibubeneng area has great potential in the coastal region. Even the development of tourism in the area is growing rapidly.

The  octopus reminds us of the potential and natural wealth on the coast. Reflecting on history, the true sea is the center of civilization, "explained Putrayasa.

Besides that, in Bali there is also a concept of "Nyegara Gunung". Symbolic of the concept is often termed the meeting of linga and yoni.

Mountains, the source of livelihood of animal and human plant creatures soared into the sky. 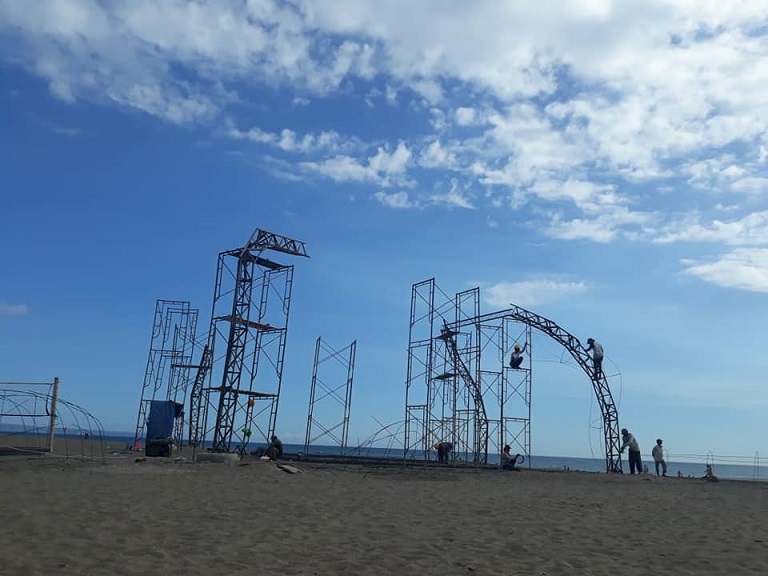 Essentially we want to make it balanced, according to the concept of Nyegara Gunung. Not only build on land but also build coastal areas

Choosing the octopus anatomy as a visual, it's because the body shape is very dynamic. Likewise with the state of the coastal area which is also dynamic.

The shape of the octopus is artistic, has high intelligence," he explained. The size of the installation is 20 meters high and 300 meters long that stretches on the coast.

The material used from woven bamboo is elastic and also dynamic. Because he wants to maintain balance and also this work does not pollute the local environment.

"We also want to maintain ecology. This sea is only used as a background and has never been used as a stage and want to present the sea as a stage.

The process of making this work has been from one month ago. One week is done in the indoor  workshop and three weeks is done directly in the outdoor or Berawa beach.

Workmanship involves at least 50 people per day and the target is completed on May 20 tn 2019. "This work can actually become a global discourse in the world of art. The potential of the sea has been forgotten, "he said.

During the celebration of the Berawa Beach Arts Festival, the giant Octopus installation stage was responded to by 200 dancers who danced contemporary dance.