Short circuit burned down 15 are villa complex in Sanur. 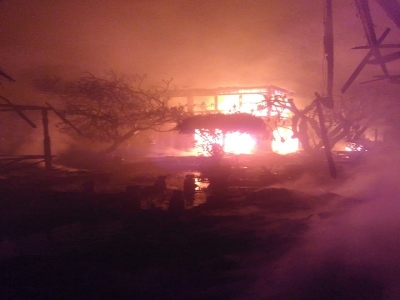 The fire brigage could not save the three buildings of the villa complex as  the buildings been constructed  with many flammable materialsand all the three villas have been burned down.

Luckily there were no fatalities in this incident and all 12 guest present at the villa have been resqued,

While material losses were estimated around aprox  Rp 5 billion. and it also spreads a part of the Chilean consulate building that is behind the Villa,

To extinguish the fire, the fire brigade deployed 5 units from Denpasar City BPBD and 2 units and 2 BPBD City ambulance PSC units in Denpasar