Project operator has been stopped after demolishing seawall without any permission to build beach club at Senderan Beach, Nusa Penida. 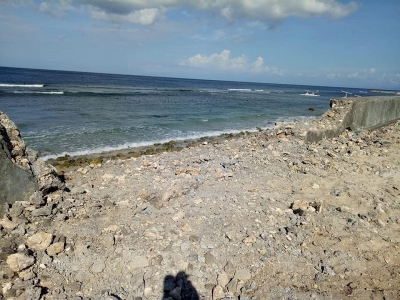 It turned out that the project operator did not have permission andwas stopped by the officials at Beach Senderan at the border area of ​​Batununggul Village, Nusa Penida was damaged several meters.

Destruction by dismantling the shoreline has become the spotlight of law enforcement officials, up to local residents. The demolition activity was uploaded on social media and became viral

A local habitant added several photos on Facebook and he wrote that this destruction occurred in the border of Pekraman Kutapang Village area with
Pekraman Batununggul Village, where the entrepreneur / investor had no permit .He thanked the Sub-District Head and related agencies at Nusa Penida for being strict in conducting inspection and stopping the destruction. According to him, the destruction was carried out arrogantly.

Pekraman Kutapang Village reject the presents of such arrogant investors and this businessman did not pay attention to the customs of local customs. The manners intended, entrepreneurs have even no get a recommendation from Pekraman Village, Kutapang, referring to the Decision of the Pakraman Village Main Assembly Every investment that enters the authority of Pakraman village is worth recommendation from the village based on the decision of the Krama Pakraman village. He also hopes that this violation will not happen again because it is very dangerous for the stability of Balinese customs. "Hopefully the law apparatus and the regional government act decisively in accordance with the applicable law,Confirmed separately, Bendesa Pakraman Kutapang Nyoman Landep claimed to not know what date the destruction begin. He saw that since Saturday (11/24/2018). In the field, I just found out that the Head of Nusa Penida Subdistrict had been questioning yesterday. 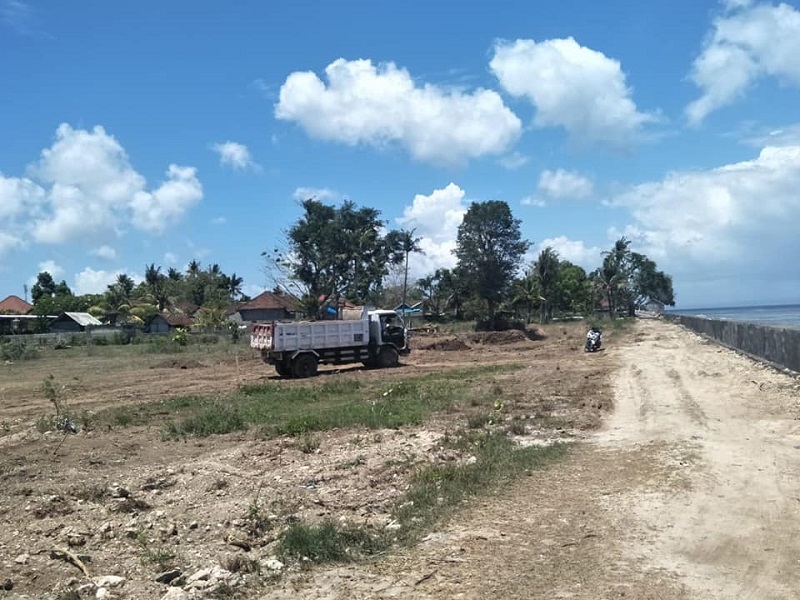 The Batununggul Ketut Kurna Village Research Department said that the activity was known for the first time from the Nusa Penida District Prosecutor's Office on Thursday (11/22/2018) afternoon at around 11.00 a.m. At that time, from the Prosecutor's Office, which was located quite close to the location of the joint, it was seen that heavy equipment damaged the shoulder of the joint. Furthermore, the Prosecutor's Office coordinates with the village authorities. After being asked, it turned out that the project operator did not have permission so the activity was stopped by the Prosecutor's Office.
One member of the Klungkung DPRD from Nusa Penida, I Made Jana, admitted that he had checked
with the relevant agency about the permit to demolish the beach. However,
the investor's activities have been unknown .He also obtained information, the embankment
which was damaged by several meters was to access the water spot and a beach club would be built on the mainland.
The politician explained, the case of destruction of the coastal embankment which was the asset of the Bali Provincial Government had been followed up by the Klungkung Public Works Agency and reported to the Bali Public Works Agency. Next week they will go down to the location,. Clearly , the incident of damaging the embankment has become the concern of the Nusa Penida District Branch Office.
He stated that thsi action can be considered as the criminal act.
Source : https://www.nusabali.com
Tagged under: