The Class II Immigration Office Singaraja deported the French national  Remi Bouet (26) who was working at Restaurant Le Bistrot in the  Amed.

Remi was forced to be deported because he was late in reporting his temporary stay in Indonesia to Singaraja Immigration for 55 days. He was deported back to his home country in France on December 1st 2018 through Ngurah Rai International Airport.

The Intelligence and Inteldak Actions of the Class II Singaraja Immigration Office, Thomas  stated that Remi came to Indonesia precisely in the Karangasem region, Bali on August 20, 2018, using a limited stay visa.

As he did not report to the Singaraja Immigration Office  the limited residence visa held by him cannot be processed into a Temporary Stay Permit (KITAS).

If the reporting deadline of 30 days at the Immigration area where he was located for the Singaraja migration office where he reported since he entered,

He was not reluctant to report, but only had a miss communication with his agent. So, when the foreigner reported to Singaraja Immigration, he overstayed already 55 days and is late in reporting from the specified time limit. 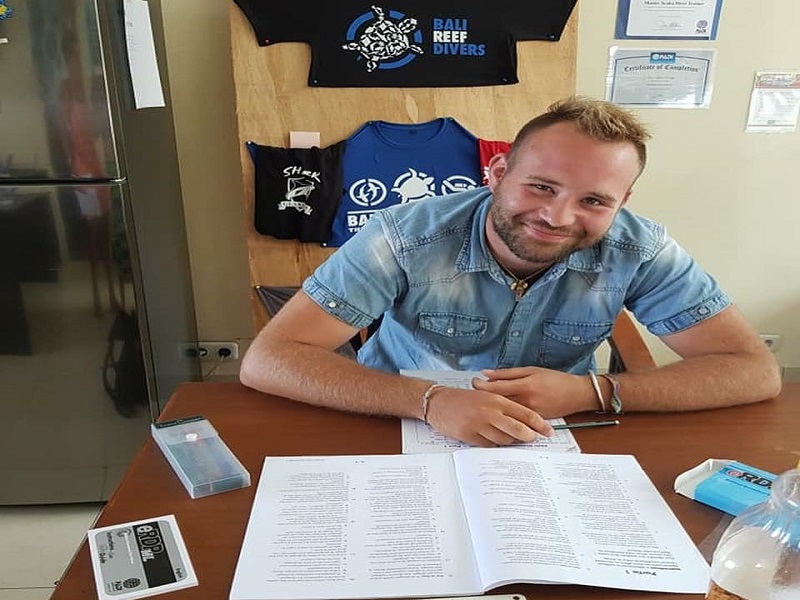 First I was concerned that I wanted to report to KITAS, after rhe immigration officiers checked it turned out he was overstayed, because he was late reporting. Maybe before there was a miss uderstanding between him and his agent,

With the delay he  had to pay a fine of Rp. 300 thousand X 55 days (when it's too late). So, the total amount became IDR 16.5 million. However, the foreign national and his agent did not agree to pay the fine, so the foreigner had to be deported to his home country.

If he paid his fine he still could be regulated wat he refused it  and was forced to leave Indonesie  on December 1 st 2018.