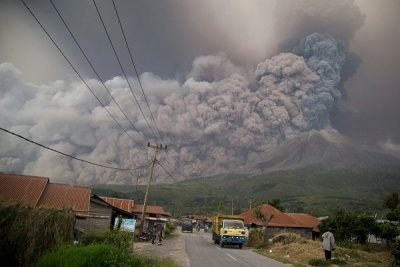 “In five districts it became dark with a visibility of about 5 metres,” he said in a statement.

Pictures show Indonesian children going to school with volcanic ash in the air and people stopping to take pictures of the natural phenomenon.

The National Disaster Mitigation Agency have reported no fatalities at this time.

showing an ash cloud heading in three directions from Sinabung, to the north, northwest and south-southeast.

Sinabung is about 75km southwest of Kualanamu International Airport in Medan.

but the wind direction allowed the airport of Kualanamu, Meulaboh and Silangit to remain open.

Some flights from Europe and other parts of the world will take a different rote, but for the moment no news of cancelled flights.

of Sumatra near Medan , more than 3,200 km distance and is therefore no threat whatsoever

for travellers or whatever people who have vacation plans to visit Bali. 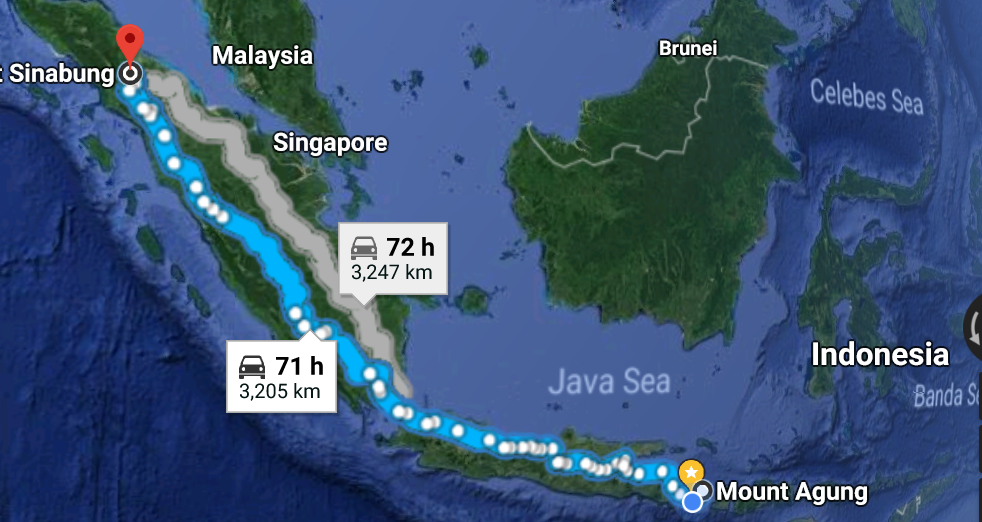